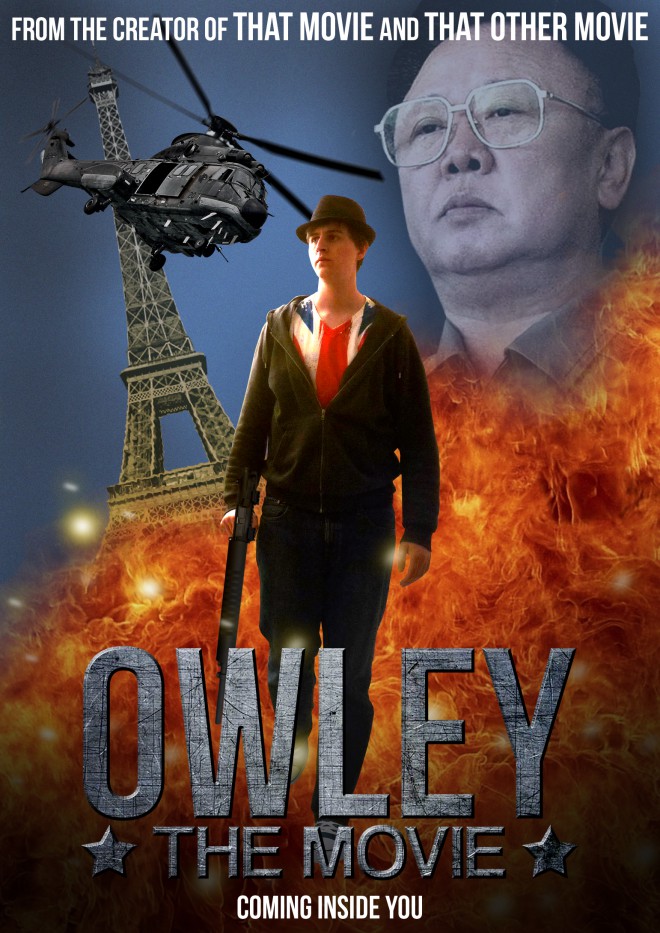 The creator of „That Movie“ and „That Other Movie“ brings you the feel sexy movie of the decade – coming inside you, this summer! Critics claim it to be „the coolest thing that happened to the world since some cool thing that happened to the world“ and praise Owley’s outstanding performance as the main character and all the other characters except for Kim Jong-Il, who is played by a punching bag with a funny face on it.

After the bad guys raped his purple unicorn, Owley kills all of them. That’s the plot. We managed to stretch that to four hours of film, with Owley following the bad guys covering two hours.